Hey, news shows, can you please, for the love of all that’s holy, stop showing the GoDaddy commercial. It grosses me out. And you keep telling me that it grosses you out, but then you say “Let’s take a look at it.” STOP IT! Don’t make me go all Eric Sims on your arses.(And I’m not mentioning that ad anymore. Other than to say, I think the GoDaddy team really hates women. It isn’t just the “oh we’re so controversial” nudity and gross necking. Their GoDaddy.co (totally different than GoDaddy.com) ad featured nagging wives and a “sky waitress”. WTF? Also, I’ve used GoDaddy before and they suck.)

Now that that is over, let’s talk advertising. Everybody and their brother Al has opinions on the Super Bowl ads. They are all wrong, here’s the only recap you’ll want to read. (In no particular order):

Sweet criminy, I love goats! Granted, I’ve never owned a goat. I did used to feed them my bus transfers when I would stop by the petting zoo that was in the park next to my apartment in Chicago. They’re cute, and apparently smart as dogs. After the past few years of picking on animals in their commercials, I was glad to see Doritos give the goat the upper hand (hoof?):

Cute baby goats you need to see that have nothing to do with the Doritos commercial:

Full disclosure, I hate Budweiser products. Ok, smarty pants, I know that Stella Artois is now made by the same people, but for some reason Bud, and any Bud derivative gives me an instant headache. To me, Bud Light seems like something I’d drink while smoking Marlboro Menthols. Thought you should know that before I told you that the new Black Crown ads were blah and non-enticing. I love beer, mainly amber lager, and when I heard about the Black Crown I had an inkling to possibly want to taste it. Now, after the commercials for it, I definitely don’t want to.

On the other hand. Even though I truly dislike Bud products, that “Brothers” commercial was a real heart tugger. I actually teared up. (More full disclosure. I am a girl and I like ponies.) See if you can resist getting misty when you watch this:

Which is a nice seque to the evil Jeep commercial. Ya know, it’s a nice sentiment to honor our fighting men and women in the military, but this thing was so manipulative. It was like they were using our actual, human emotions toward our soldiers, and a nice speech by that Oprah lady. It would have been WAY better if they had just shown the Jeep logo at the end, instead of the 10 shots of their cars, intermixed with actors pretending to be service people. It left me with a bad taste in my mouth. Almost like I was drinking Bud Lite.

On the opposite end of that spectrum, with a VO and shots of our national treasure, farmers, was Dodge Ram. (Fuller disclosure, I grew up listening to Paul Harvey every morning, so this resonated with my sentimentality. I am also descended from German farmers.) I gotta tell ya, if you include PH, really sepia-saturated film of farmers, farming and family, I’m going to buy your product. This was probably the most compelling truck ad that I have ever seen. And now you know…the rest of the story:

I own a Hyundai and have been very happy with it. I thought their entire campaign was fun and clever. They get bonus points for including Wayne Coyne in the initial spot, but I think the commercial with all the butts was the best (because I’m 12 years old in my brain.):

Everybody loved the Oreo silent library fight commercial. Even my husband, who was working with headphones on in the next room, but heard me laughing so loudly that he had to come see what was going on (true story):

There were a TON more that were just so-so (yes, even the Taco Bell commercial, it was like Cocoon for the meth crowd) Here are my final best three with my exact notes:

I’m gonna argue with a soap commercial. If my husband was bringing in big bucks, with a shirt stained with the image of Lyle Alzado, who was the biggest flipping traitor that ever left the Broncos, who I still hate even after his tragic death, I would not wash that shirt. Income trumps NFL rivalry:

I would wear a diaper for Samsung:

0
This Little Light of Yours [Tall Drink of Nerd]*Archives, Amy Robinson 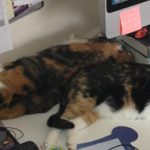