Farewell to FaN – A Belated Goodbye

In August 2008, Ernessa T. Carter sent me an email. She asked if I would like to write for her community blog, which she had titled Fierce and Nerdy.The requirements were simple; provide an original, 500-800 word column, every other week, on any subject that tickled my fancy. She thought the name Tall Drink of Nerd would be appropriate and clever. I concurred.

Tall Drink of Nerd had a good run. The column (or blogumn as we called it in the early days) offered an opportunity to not only write fun stuff but to highlight the ridiculousness of my social anxieties. My column helped me work through my father’s struggle with MDS and leukemia and ultimately through his passing from this world.

Writing for FaN boosted my confidence and was a touch stone when I felt completely alone in the world. It also introduced me to the works of several other writers: some friends from Writing Pad LA (Jeff Rogers, Howard Leder, Michael Kass), some from the great world outside that club (Eric Sims, Kalimba Bennett, Jennifer May Nickel, Ryan Dixon, Joe Stapleton) and a whole bunch of others that I’m not mentioning for space reasons. That was only a small selection of the amazing writing found at FaN. I would be remiss to not mention the fearless writing by Ernessa herself, ETC.

In August of 2011, I was tasked to edit Fierce and Nerdy columns. It was two tons of fun, and I got a whole new appreciation for the work ETC was doing behind the scenes. I tossed my editors badge back to ETC, and a new editor, in April of this year to focus on finishing my own novel. A few weeks ago, FaN contributors received a note from Ernessa; after a summer hiatus, FaN would be shuttering the collective blogging but would still be live to support Ernessa’s upcoming novel The Awesome Girl’s Guide to Dating Extraordinary Men.

I didn’t pull my crap together in time to post a farewell blog on FaN, so this is that good-bye. God-speed FaN. I can’t wait for you to come back with Ernessa’s thoughts post-Labor Day. A big, fat thank you to ETC for allowing us all to join in the fun. It was a fantastic place to be seen in cyber-space. I’ll remember you fondly and have a drink tonight in your honor. One for me and one for lost homies (*pouring beer on the keyboard.) 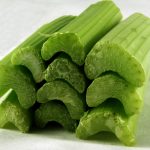